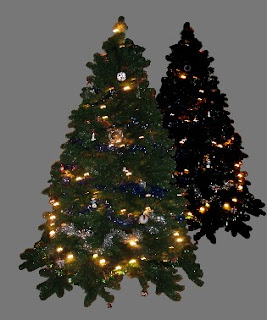 It's time to take a short break - to kick back and relax.  So here's wishing one and all a merry Christmas and a happy new year.  Have a good one.

Attended a conference in Melbourne at the start of the week.  One of the highlights was listening to Sushi Das, senior writer with The Age.  Enjoyed hearing someone with so much journalistic integrity describe her approach to writing news stories and feature articles.  This seminar also had me taking note afresh of the similarities and dissimilarities with writing fiction - things which can be learned or borrowed from journalists to sharpen fiction.

Have been playing around with Dragon Naturally Speaking across the last fortnight.  Wanted to try this program for years, but finally got round to loading it recently.  Was a little sceptical after hearing of Mrs T's difficulties with this Voice-Recognition software over at her Witty Ways blog, but given that stories grow out of an oral tradition, it seemed a reasonable idea to try and take story-telling back to an oral approach, as long as the Dragon and I were compatible with one another.

Thought I'd try reciting Jack and Jill as one of my first exercises, before cracking into a lengthy short story I've been telling for years but have never written down.

First time I tried, it came up with:

Jack and Jill went up the hill

To Japan across the water...

Hmm, not sure how it managed that.  Second and third time it did exactly the same. To Japan across the water.  Thought maybe I'd read too much Haruki Murakami of late or that it was having difficulties with my peculiar blend of accents, so did some retraining.  This involved reciting all of John F Kennedy's speeches to Congress, or some such, along with a couple of comedy sketches that the program obviously enjoyed hearing read aloud.  Anyway, a couple of hours later, I try Jack and Jill  once again.

This time it comes up with:

Jack and Jill went up the hill

To bitch about the water...

It might not be 100% accurate, but at least it seems to be on a similar wavelength to me.  If I had to climb a hill every time I wanted to fetch a pail, I'd bitch about the water too. The program stays. It can shape the grittier, less-tolerant voice behind my next story.

Am putting a few workplace hours into exploring and discussing the whole business of story-telling at the moment, as well as developing some short stories of my own at home.  Editing too, having left Number Two to rest in a dark cellar for a few months.  It's now time to dust it down and edit the wee beastie before it goes to print.

Didn't use an Oxford comma above (that little comma that sometimes precedes 'and' or 'or' to simplify meaning in a list), although I'll happily use them when occasion demands.  To be honest, I didn't know that the little blighter even had a special name until recently, and then - Shazam! - a couple of weeks after discovering what an Oxford comma was and a couple of weeks after being interested by a band I'd not come across before, I come across the same band singing about Oxford commas.  Serendipity, eh?