Forgive me, reader, it's almost two weeks since I last blogged.

It's not that I've been stuck on a desert island or anything, although I did have the plague for a few days and last weekend was spent (most excellently) in Melbourne. No, what it is, I think, is that the part of my brain which writes has been solidly engaged on Number Three - not to the exclusion of all else, but certainly to the exclusion of haunting Blogdom.  Usually, writing a post or two is a welcome distraction, but of late it's become a distraction I could do without.

That doesn't mean I haven't kept my ear to the ground, and I was interested to read an article by Linda Morris in The Age entitled Writers are authoring their own destinies online.  Through interviewing 'authorpreneur' Hazel Edwards and bestselling author Tony Park, Morris explores the "philosophical conflict" some authors feel about having to promote themselves and their work, and the benefits of this.  There was nothing I disagreed with in the article, but it did reinforce for me how difficult it is for the vast majority of authors, who don't make a living from their writing, to juggle bread-and-butter employment with maintaining an online presence to promote their published work while carrying on writing. Bugger the lack of financial remuneration, being time-poor doesn't help.

On another issue, it was good to hear that not all is doom-and-gloom in the publishing industry - although I don't doubt some publishers will be the last to admit as much (not least because it'd mean that the less scrupulous ones would no longer have an excuse not to pay their authors). Recently released Records of Earnings indicate that publishers are doing well out of digital sales - despite dire warnings from many that e-sales would sink them.  In The Business Rusch: How Traditional Publishers Are Making Money, Kristine Kathryn Rusch explores how publishers are indeed capitalising on this.  It's an interesting article and well worth a read.  (Thanks to Louise Cusack for the link.)

As for Melbourne, did some catching up, managed to fit in a visit to the flicks (Another Earth), a trip to the National Gallery of Victoria (The Mad Square exhibition), and had some delicious food experiences (Brunetti in Carlton, Grigons & Orr Corner Store in North Melbourne).  But more on that later.  I'll be back soon.  Promise.
Posted by Paul Burman at 15:59 4 comments:

By way of recommendation, here are some writerly pieces I've enjoyed of late: 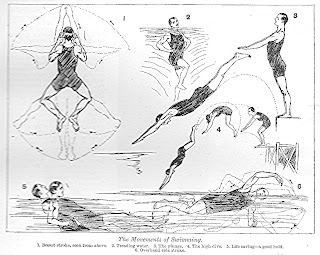 Here's an illustration.  It is because it is.  Some things just are.
Posted by Paul Burman at 20:09 No comments:

It must be Friday

I spent a while today trying to delete a full stop that had found its way between two.words of a Word document.
Every time I placed the cursor and pressed Backspace, though, I deleted one of the characters either side of it, instead of the full stop itself.
It took several attempts before I thought to scratch the fly shit or spider shit off the screen.
This sort of thing will happen when insects defecate in Times New Roman.
Posted by Paul Burman at 19:49 No comments:

Down at the Factory of the Imagination in October

Word-wise it may have been a slow couple of months, but idea-wise it's been pretty rich, and October in particular has seen a few new layers added to Number Three.  This is the part I really like about writing novels.  Some ideas have grown directly out of the process of editing, which is coming along well, but some have simply grown from chewing the fat with friends (about nothing and everything), from a bit of reading, listening to music, looking at paintings, eating and drinking and dreaming - living, thinking, gazing at my navel.  Number Three is now at 67,000 words and I feel like I'm on the home stretch, even though all this thinking may have added another couple of months to getting the bloody thing finished.  Except it's no longer a 'bloody thing' and I'm enjoying it again.  Out of the doldrums.  Full sail ahead!

Mixed metaphors for this report as usual.  My bad. 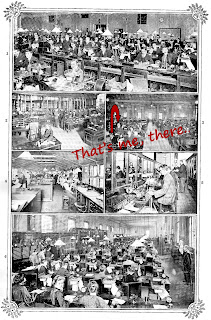 Recent Reads: The Ascent of Isaac Steward by Mike French

Before I say anything about Mike French's debut novel, The Ascent of Isaac Steward, other than to say it took Amazon and Fishpond three months and three attempts between them to deliver me a copy, let me say that Mike French is a friend and that I get an acknowledgement at the beginning of the book (very cool), so my opinion of it might be considered biased.  That said, if I didn't like the book and didn't feel I could recommend it, then I'd probably say nothing here, but I do and I am.

To validate the sincerity of my comments though, I'll begin with a negative (and then maybe you'll accept my ultimate recommendation to read it for yourself).  My biggest gripe about this novel is that Cauliay Publishing's copy editor might have spent more time... well, copy editing.   Every author wishes to see their work published with as few typos/errors as possible, even though a few always slip through, dammit - and I have a recent edition of Orwell's Nineteen Eighty-Four that still hasn't yet shrugged off a sixty-year-old typo or two - but there's the sense that Cauliay might have rushed this in a few places.  That aside, the font and print, the paper, the cover - all those other finishing elements - are lovely.  (It may be my imagination, but there's something about the cover paper that gives it a fantastic 'rubberised' feel, and I found myself regularly running my hand across it, just to confirm and reconfirm this.  Hmm, I'll have to get that checked out.)

But to the novel itself.  The Ascent of Isaac Steward is accompanied by some fine endorsements, and this one by author R.N.Morris (A Razor Wrapped in Silk) has been much referred to in various reviews:

"Reminiscent of the surrealist literary experiments of James Joyce's Finnegan's Wake but blessedly readable.  The Ascent of Isaac Steward is insanely ambitious, startlingly odd, boldly conceived, and executed with tremendous confidence.  One of the most extraordinary novels I have ever read."

I have no trouble agreeing with anything R.N.Morris has written here - he hasn't put a word wrong as far as I'm concerned - although I have to admit that my knowledge of Finnegan's Wake is based on a brief glance rather than a sound reading.  However, it does allow me to reassure prospective readers that, unlike Finnegan's Wake, the prose in Ascent is comprehensible and indeed "blessedly readable".  That aside, because Mike has created a novel which is wonderfully unique and experimental, it's probably normal (and useful) to have such a reference point against which to compare and contrast it, in order to clarify one's thoughts.

If I were to liken it to any book I've read before, it would be to Flann O'Brien's The Third Policeman (yes, let's keep this with the Irish, even though Mike French is English, and not Irish... or French).  To my mind, The Ascent of Isaac Steward, like The Third Policeman, and William Golding's Pincher Martin even, explores the nether world between the ending of a life and the recognition of death.  It's fertile, surreal ground because we have no idea what dying and death is like, so almost anything goes.

There were times when I found it hard to keep track of the characters and their alter-egos, and to map out the hierarchy of worlds that Isaac and his cohort journey through, as I did with elements of The Third Policeman, but I found it a very satisfying book when I stopped worrying about this and allowed the crucial elements to reveal themselves.


Indeed, because it's such a startlingly original book, and subverts the reader's expectations at a number of points, I found myself approaching the narrative in a different way to usual.  Instead of attempting to carefully understand each twist and turn, I grabbed hold of the characters' coat tails and let them take me where they would.  In this manner, I went along for the helter-skelter ride, enjoying the spectacle of each scene, and adding one impression to another rather than needing to make absolute sense of every event as they happened. 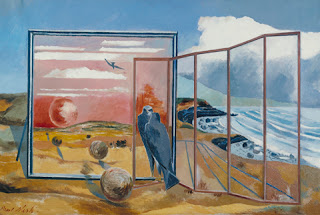 Ultimately, it occurred to me that reading The Ascent of Isaac Steward is somewhat like engaging with a semi-abstract painting: it comprises a number of intriguing and bizarre images that are familiar, but slightly distorted, in the way that a dream might distort them, and, in the process, it creates a mythological world of its own.  There are images from the bible, from Punch and Judy, from shoot-'em-up computer games, from underwater prisons... all of which, when you stand back and look at the whole picture, present an intriguing and entertaining story about a man battling with his memories and journeying through an underworld that is, to a large extent, his own nightmarish creation.


What I particularly like about this novel (and appreciate about Cauliay's investment in it) is that it takes risks.  It is abstract, experimental and entertaining.  So don't get hung up on understanding every single detail, but kick back and enjoy the helter-skelter ride yourself.


Mike French's blog.
The Ascent of Isaac Steward at Amazon.com
Posted by Paul Burman at 21:37 4 comments: