The Week That Was

I know this is supposed to be a writer's blog and all that, but art (and music) is a big part of my life and this has been a very visual week, so... 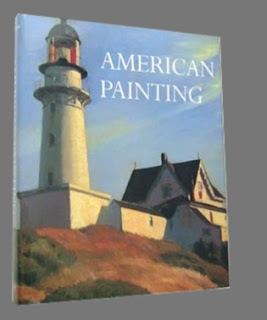 Was delighted to track down a copy of American Painting by Donald Goddard.  Came across this when I was in America last year, but wasn't able to get hold of a copy in Australia.  Finally tracked it down to a wonderful second-hand book-store - Icapsa Used Books in Grand Rapids, Michigan, USA - who arranged to send it to me.  It's a great collection of paintings and I've been browsing through them again these last few days, but one of the most significant for me is Andrew Wyeth's Christina's World. When I was 17, I wrote a piece of poetic-prose that was inspired by this painting and was doubly impressed when the Northampton Chronicle & Echo not only decided to print it but placed it next to a black and white image of the painting. (10,700,000 Google hits for this painting!)
Have been watching Simon Schama's Power of Art on TV.  Last Sunday, his focus was J.M.W. Turner. I especially like his later paintings, where the figurative drifts into the abstract.  We get some stunning skies here, but the more turbulent ones always remind me of Turner's work. 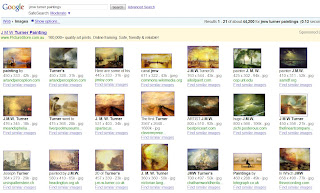 Also revisited my brother's online gallery recently: Phil Burman.  He's getting ready for an exhibition in the north of England - drawings and sculpture - and had included some new images on his website, so I wanted to see what he was up to.  Thought this the perfect occasion to give a plug here. 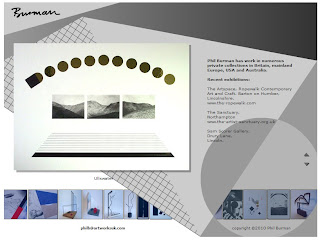 What else?  Well, it's turned out to be our olive-picking weekend. The birds (or possums) beat us to it last year, so I was determined they weren't going to have the lot this year.  It's rained both afternoons and, though we ended up saturated, we got both trees picked, and now have to prepare them for bottling.  A fiddly process that includes a fortnight of changing brine daily, but well worth it when we start eating them.

And this morning saw the enterprising Blarney Books host Sisters in Crime: a panel of three crime writers (Kirsty Brooks, Vikki Petraitis and Lindy cameron) talking about their work with Carmel Shute. Enjoyed listening to them very much.  It's interesting to hear  other writers talk about their work, especially when they have a great sense of humour and when this shapes the session - it was a good laugh indeed.
Posted by Paul Burman at 17:42 12 comments:

Scheherazade In The Real World

It's inevitable, I guess, that anyone who's involved with stories and story-telling will run into Scheherazade from One Thousand and One Nights fairly regularly.  She gets around - is a wonderful character/icon/role model/mentor [select whichever you prefer].  Last week she seemed to be popping up everywhere and I even bumped into her a couple of times when I was down the street.

The first time was when I was browsing Eva Luna by Isabel Allende in the local bookshop, which got me thinking about how often her tale is used by story-tellers, but then, just a few hours later, she appeared at a book launch on the other side of the street.
Brian Edwards' latest collection of poetry, In the Real World (Papyrus), was launched at Wishart's Art Gallery, and not only is Scheherazade made the subject of the last poem in the book - given the last word in effect - but she's also featured on the cover (from an Arthur Streeton painting).
It was a fine evening because it's always good to meet new people and talk about literature and art, and to hear a few poems being read over a glass or two of something.  I've only just started dipping into this collection of what seem to be prosaic poems on the whole, but am looking forward to the journey that Brian Edwards' writing seems set to take me on.

On the subject of local writers, I read Jodie Honan's A Natural History of Port Fairy and District last week. It's a dry title, but the writing is far from dry and Jodie Honan tells a tremendous story - entertaining, informative and superbly written.
Was flat-chat across the weekend editing At the Rawlings' Place for Ten Journeys (Legend Press) and have decided I'm a big fan of the Review aspect in Microsoft Word.  Haven't used this program much in the past, but all the edits I've been working through lately for The Grease Monkey's Tale and At the Rawlings' Place have made heavy use of this feature and it's making the process a comfortable one.
Posted by Paul Burman at 09:17 3 comments:

We're at the tail-end of a beautifully long weekend.  This Monday in March marks not only the first Monday of autumn - season of mists, mellow fruitfulness and, in Melbourne, hailstones the size of lemons - but also happens to be Labour Day. Every year, the small town in which I live hosts a music festival - world roots and folk - with something like 130 acts involving 440 performers from around the world, across 22 venues.
While I'm not particularly into Folk music, the festival has something for everyone and so every once in a while we save for tickets, trudge along on the Friday evening and soak up one performance after another until it all winds down on Monday afternoon.
Managed to tuck in a few of those 130 concerts this year: Lulo Reinhardt (German gypsy jazz), Colin Hay (ex Men At Work), Narasirato Pan Pipers (Solomon Islands), Kelly Auty (Wild Women blues), Kim Churchill (acoustic guitar), The Badloves (rock), Dereb Desalegn & The Lion of Judah (Ethio-jazz and blues), Ganga Giri (world-beat dance), Mihirangi (loop music), Jaime Faulkner, Josh White Jr. (USA blues).

Courtesy of YouTube, I've included a small selection of some of the performers I enjoyed.
Posted by Paul Burman at 17:14 2 comments:

Up to my elbows

Been up to my elbows in writing recently.  It's my preferred state so I'm not complaining, but have been a bit quiet in blogdom as a consequence.  So here's a quick catch-up of the other stuff, outside of that trough of creative words:
Exploring opportunities for the Opportunities page over at The View From Here - contacting publishers, conferences, etc, that might be profiled.
Was in Melbourne at the weekend, catching up and eating extra well, and took the chance to see Avatar in 3D (on the third largest screen in the world, no less).  Loved it.  Though most people rave about the effects, some are less enthralled with the story, but it worked for me on both counts.  (Went for a delicious Malaysian meal after.)

While in the city, also went to the Ron Mueck exhibition at the NGV. Very precise and clever, but I felt like I was looking at large dolls or miniature models rather than sculpture.  The man in a boat and Dead Dad conveyed something more to me because of the posture in one and the starkness in the other, but there was a piece of rough bronze sculpture in the foyer of the gallery (I didn't catch who it was by) that resonated far more for me.  It did everything the others didn't.  Oh well, you can please some of the people some of the time...
I've been reading a fair bit of poetry by Philip Schultz (from the Pulitzer prize winning Failure) and loving it, and I've been listening to Edward Sharpe and the Magnetic Zeros on the way to work.
Posted by Paul Burman at 20:56 6 comments: