It's about that time. A couple of weeks after a book's released, there's the initial comments from individual readers and then, a couple of weeks later, the first reviews. Have been pretty damned chuffed by those first responses to The Grease Monkey's Tale - 3 emails yesterday and 2 messages in the previous days. For me, it's an affirmation that a book is working - has all the thrills, mystery, romance, entertainment it promised - and that it'll work for (most) everyone else too.
And 10 Journeys, for being out an 4 extra weeks, is now picking up some fine reviews.  I'm just catching up with the other stories in this anthology - didn't get a chance before, what with putting the final touches to The Grease Monkey's Tale and all that - but am enjoying it a lot.
Interesting to note the number of online booksellers now stocking and selling The Grease Monkey's Tale and The Snowing and Greening of Thomas Passmore. In addition to the various Amazon stores, there's Blackwell's, the Book Depository, Sprint Books, Fishpond, Price Minister, Books Etc, FH Shop, Tesco ... I never knew there were so many online booksellers.
Thought I'd even the score, with all this fanfare for TGMT, and re-post the book trailer Jen Persson created for Snowing and Greening.  There'll be no favouritism here!
Posted by Paul Burman at 11:44 2 comments:

Mixing it up with Gary Davison

Across the next few weeks, I'll be mixing this blog up a bit with the help of Geordie friend and fellow author, Gary Davison.  That's Gary lounging in his garden chair.
Gary (author of Fat Tuesday, Streakers and  the first section of A Tale Of Two Halves) and I both had our first books published in the PaperBooks imprint of Legend Press within cooee of each other.  What we'll be doing on our respective blogs (see Gary's at www.gary-davison.com) is sharing a few posts about a similar subject and seeing where it takes us.  Should be fun and maybe a tad wacky at times.

I suspect it's just as well that we're confining this to the blogs though.  I think the Geordie accent is a superb accent, but I find it hard to interpret at times (unless I've had a couple of bottles of Newcastle Brown Ale or Newky Brun, the drinking of which is a bit like sticking a babel fish in the ear, I guess).

When I moved to Australia 20 years ago, I was working in a plumbing warehouse in Adelaide - loading toilets, baths, shower basins, hot water services and the like onto trucks - and on my third or fourth day was introduced to one of the truck drivers.  He was from Newcastle, I was told - a Geordie - and had emigrated about 10 years previously, but I didn't understand a word he said.
His accent had remained so broad, he might have been speaking to me in a rare dialect of Inuit.  I did a bit of nodding and shaking of my head - measuring each moment carefully so that I didn't inadvertently insult him or agree to something I might regret - and probably tossed in the phrase Newky Brun for good measure, which would've gone down a treat, but I quit the job a couple of weeks later and never saw him again.
Gary's books capture the flavour of the Geordie accent in some of his characters, but they're not written in eye dialect, thank goodness, or I might not have understood a word.  Fat Tuesday and Streakers are both fast-paced stories with lots of action and thrills and you can buy them here.

Have just posted an article about novels, films and music over at The View From Here.  You can quickly jump to it by clicking here.
Posted by Paul Burman at 12:18 No comments:

Three boxes of books arrived by truck at the end of last week.  Very excited.  All my Christmases at once: a top-up of The Snowing and Greening of Thomas Passmore, my first sighting of 10 Journeys and, of course, The Grease Monkey's Tale.  Brilliant!  The cover looks even better than I imagined. Love that dirty, oily look behind the spanners and the spot-laminated rose.

I don't often follow the Amazon.co.uk rankings, but interested to see The Grease Monkey's Tale selling excellently across the last few days.  Must stop looking now.

Have been listening to a fair bit of Laura Marling lately (Alas, I Cannot Swim) and thinking about buying her latest album (I Speak Because I Can).  Great mood behind her songs - it suits me particularly when I'm thinking about writing - driving somewhere, listening to music and thinking about where a piece of writing might be heading next.
Wonderful lyrics and video clip on Cross Your Fingers / Crawled Out of the Sea. Can't embed it in the blog so you'll have to click on the link. Enjoy.
Posted by Paul Burman at 21:43 2 comments: 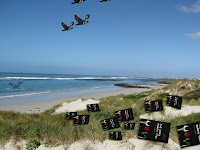 Legend Press/PaperBooks posting on the process of writing

Here's the link to the piece I wrote for  the Legend Press/PaperBooks website on The Grease Monkey's Tale and the process of writing.  Click here.
Posted by Paul Burman at 09:02 2 comments: 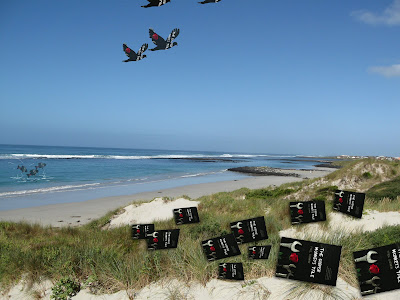 It's out there in the wild.  Somewhere.
Released.  Roaming.
Haven't seen a copy myself yet
so am appreciating the news of each new sighting
(please let me know).
A small number are making their way to me
in one form or another -
a herd, a flock, a school.
Keep your eyes open and a large butterfly net to hand.
Will be posting a couple of pieces about The Grease Monkey's Tale
at Legend Press/PaperBooks in the next few days.
Will let you know when they're there.
Keeping sane by listening to beautiful music,
such as Piers Faccini's wonderful Tearing Sky album.
Music to listen to while reading The Grease Monkey's Tale perhaps.
Here's The Taste of Tears.
Posted by Paul Burman at 18:07 4 comments: