Legend Press is 10 years old this week.  And that's no mean feat.  Under the healthiest of circumstances it can be a struggle for independent publishers to survive, let alone start up and maintain consistent growth during these last 10 years in particular, what with the GFC and the advent of digital books - both of which left many publishers wringing their hands and forecasting the end of the world as we knew it.  It's an impressive achievement.

Through the circuitous route of having my first novel taken on by Keirsten Clark at PaperBooks in 2007, which was then absorbed by Tom Chalmers' Legend Press in 2008, I have been with this publishing house for 7 of those years, and have watched it grow into Legend Times.  It seems an appropriate time to do a bit of navel-gazing.

It's certainly been a steep learning curve for me as an author, pushing out two novels and being involved in an anthology of short stories, with a few accompanying ups and downs, and I can only imagine what a crazy mountain it must have been to actually build a business from scratch - or from an internet café, as Tom Chalmers notes.  On the whole, though, I feel fortunate to have been involved and it's an experience I'd jump at to repeat if I was to have my time over again, à la Groundhog Day.

One of the most challenging parts of the process for me was when, shortly before The Snowing and Greening of Thomas Passmore was due to be published, I heard that the future of PaperBooks was in doubt and my novel was put on hold.  For a while it felt as if I'd got within spitting distance of a long-sought after goal (not that I tend to spit as a rule) only to have to start from scratch again - too much like losing at Snakes & Ladders.  However, it was then that Legend Press, who were marginally bigger and better resourced than PaperBooks at the time, took over, and although the initial publication date was pushed back a year it was finally launched with all the fanfare I could have wished for.

There's been other hiccoughs and challenges along the way, of course, most of which are amusing with hindsight and which add value to the experience as a whole.  For instance, finding myself about to launch The Grease Monkey's Tale in Port Fairy, with over a hundred invitations issued but, thanks to delays with the postal service and customs, and despite a flurry of emails between Legend Press in London and myself, having not a single book to sell.  I was beginning to panic and make alternative plans for what would be an extended reading to a handful of people, with an excess of wine and finger food on hand, while Tom kept assuring me the books would arrive... which they did, with an hour or two to spare!

One of the most valuable aspects of the relationship I've had with PaperBooks/Legend Press involves the editing process.  While many authors seem to dislike or distrust the notion of an editor 'tinkering' with their book, it is part of the writing process I enjoy the most, and yet, having worked with three editors, the approach has been different each time.  Keirsten at PaperBooks was primarily interested in the play of the ideas, rather than the words, and it was she who suggested I consider foreshadowing the end more obviously at the beginning, as well as emphasising some of the darker elements.  Tom and Lauren (with Grease Monkey and At the Rawlings' Place respectively) both focused, albeit from different angles, on ways to improve the value of a word, the logic of a paragraph - that wonderful stripping of redundant words and phrases which helps to reveal or reinforce far more than what is being said.  All three editors helped me look at my writing from a new perspective and helped me shape a stronger story.  They each provided insights I have been able to pick up and carry forward.

And on that note, I'll say, well done and congratulations, Legend Press.  May you continue to grow and publish for another ten years.  Happy birthday!
Posted by Paul Burman at 12:02 No comments:

In recent months, I've been reading Susan Hill's ghost stories (thanks to a recommendation from author Dmetri Kakmi) as well as treating myself to the occasional Raymond Chandler.  Reading Chandler's prose is like wallowing in warm water; so delicious and comfortable I'd happily drift along with it until I was no good for anything else.  However, my interest in Susan Hill's writing is a little less self-indulgent, reflecting as it does my current immersion with the ghosty-ghouly genre. OOooooh!

Her style of writing in these short novels is pleasantly (and deliberately, I imagine) reminiscent of Victorian ghost stories, although they're often set in an indistinct and less-easily identifiable period of time that might fall anywhere from the 1920s onwards.  In reading her, I'm reminded of some old favourites: W.W.Jacobs' The Monkey's Paw, Charles Dickens' The Signal-Man and an anthology of ghost stories I read as a teenager.  But, in turn, reading her has led me to the work of  Robert Aickman, whose name I wasn't previously familiar with. 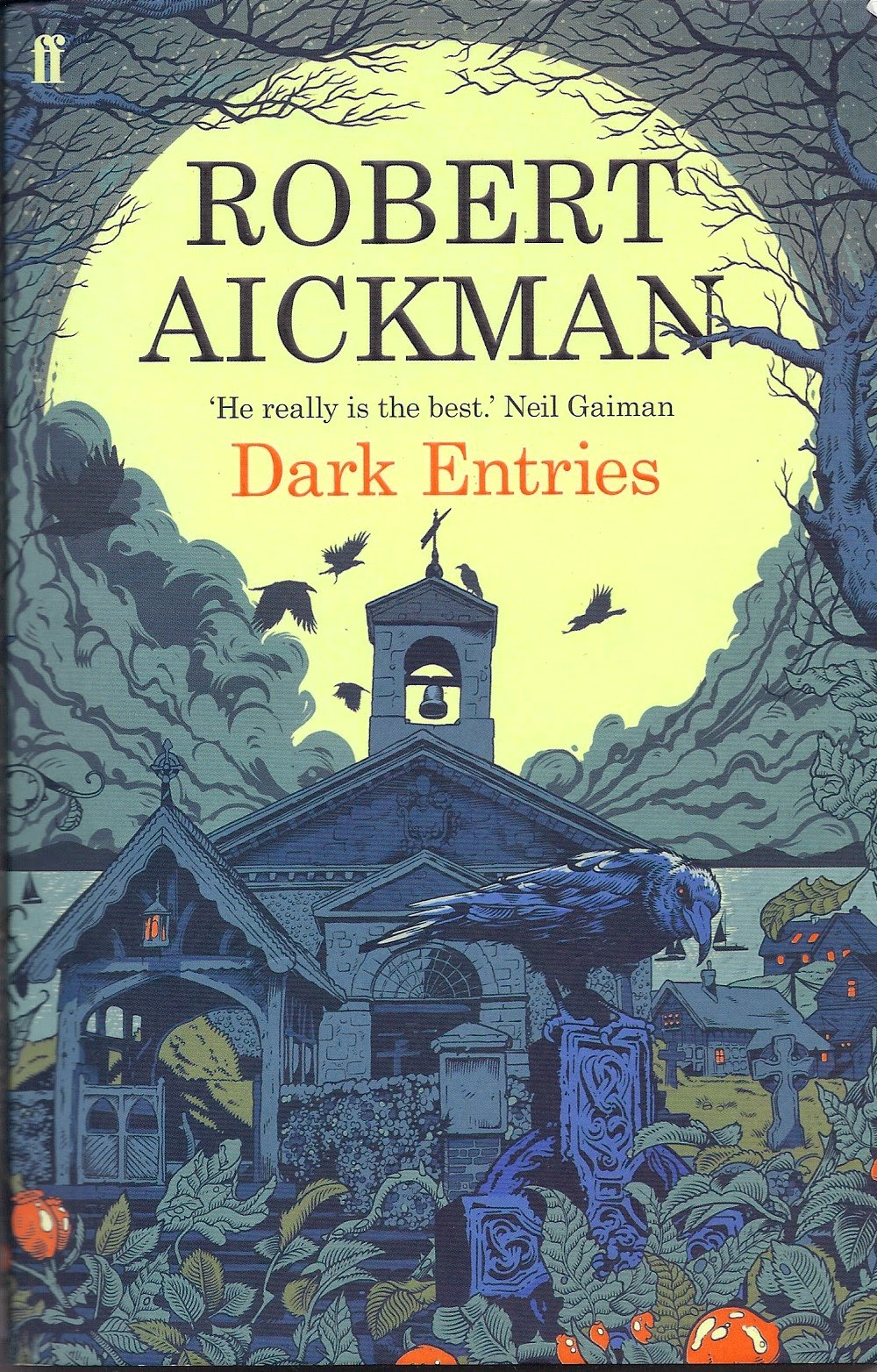 Aickman's 'strange stories', as he preferred to call them, are masterful in creating unease and warping the reader's sense of normality.  Each story in his first collection 'Dark Entries' generates the feeling that not everything is what it seems to be and that innocence can transform into menace all too easily.  There's a surreal quality about these stories too, and by the time I'd finished reading them I found myself thinking about another old favourite - Angela Carter (particularly Fireworks, Heroes & Villains, The Bloody Chamber) - but also looking for new directions: M.R.James, H.P.Lovecraft, Paul Kingsnorth's The Wake perhaps.
Posted by Paul Burman at 20:20 No comments: